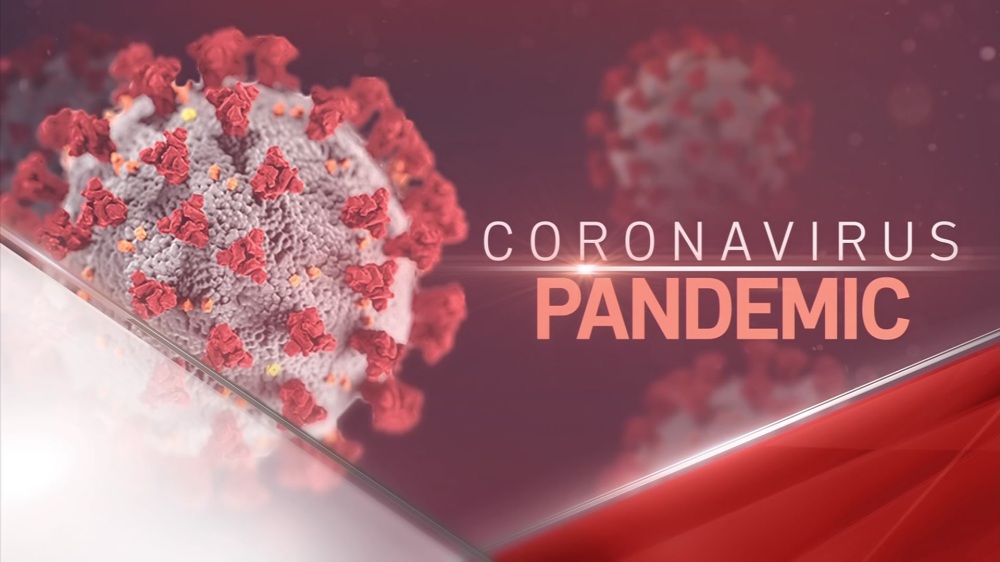 Last week it was revealed that an election judge, Revall Burke of Chicago died from COVID-19 April first, only weeks after he had been worked the Illinois primary. He like many of the other victims of this novel coronavirus did not have to die! But his death and the deaths of tens of thousands and sickness of hundreds of thousands of workers in the US were caused not just by this deadly pandemic, but in part by what can only be described as criminal neglect on the part of the socio-pathic US government, the private health care cartel and corporate America. This  can only be described as a crime against humanity!

This government and the captains of industry, the corporate cartels through their cold indifference and callous neglect, have put working people primarily in the factories, warehouses and service and health care industries on par with slavery. At least the slave owners had to keep the slaves alive!

Most of the US public is in shock, while others are acting like irresponsibly, insisting that they be allowed to party, work and perform business as usual and risk “other” people’s lives. But when the shock wears off there will be lots of regret and lawsuits because the incompetence of the present administration, and the callous indifference of the bosses in the face of this life threatening pandemic will surely make them liable.

Their response to this crisis is nothing short of immoral!

Only socio-paths who lack the ability to identify with human needs, would have put human beings in harm’s way for an election. The state of Illinois, the Democratic National Committee, the government knew the risk, of holding an election in the middle of a pandemic, but they did nevertheless, knowingly risking the lives of others to carry out their agenda, ultimately putting s lives at risk.

Just as unbelievable they continued with their elections in April yet again putting lives at risk.

And for what: a contest between two sociopaths?

Truth is there should be no election, but rather a referendum on what kind of government we want. Either one that is for us and by us, or one which in emergencies will leave us to fend for ourselves, or worst put us in harms way.

Incredibly, some well off, well- educated sociopaths have made the news suggesting as Indiana Rep. Trey Hollingsworth has that,  “in the choice between the loss of our way of life as Americans and the loss of life, of American lives, we have to always choose the latter.”

That statement can only be categorized as sick, twisted and demented!

The State’s indifference included the elderly, many who have served their country and this society in honorable ways, raising future workers and responsible and effectual human beings. They too proved expendable as the US dragged its feet, refusing to provide adequate testing  while declining to prioritize them, despite it being widely known of their particular vulnerability to this disease. Many of their operators refused to spend a dime to protect them, or their attendants as the old folks die like flies in nursing homes.

And their attendants mainly Black, Brown and immigrant, who take marvelous care of  and have enormous pride in their work for their senior clients are dropping as well, because, well they just are not high enough in the pecking order.

And the deplorable corporate heads have had the nerve to call grocery store workers “heroes” as their workers took all the risks, while they raked in all of the profits.

Incredibly over 30 grocery workers have died from COVID-19. An article in Reveal.com noted that, “scores of workers said store managers at some of the largest grocery stores in the country – including Kroger, Walmart and Whole Foods Market – implemented policies that effectively incentivize sick and at-risk workers to report for duty or lose their jobs.”

Few showed any concern for the well-being of their workers with the exception of Relinda Vasquez the owner of Bravo Supermarket in Little Haiti in Miami, who paid for face shields, masks and gloves for her workers out of her own pocket.

There are a few exceptions including Dan Gilbert who has forgiven  this months rent for the many primarily small businesses that his real estate company leases in Detroit. Others such as Smithfield, Amazon and Delta stand out as companies who once they found out employees were positive with COVID-19 attempted to cover it up, failing to notify unsuspecting co-workers that they may be infected and  insisted that their employees come to work, even threatening workers who wanted to stay home because they felt unsafe.

And shame on us, we did not use our buying power to insist that we would shop only at stores that provided PPE (personal protection equipment) to its workers. Amazingly some store chains refused to allow their workers to wear face masks for fear it would scare away customers. This is nothing short of CRIMINAL!

It’s obvious this privatized system of healthcare does not work in the case of a national medical emergency. And the heads of many of these systems have behaved criminally as well, absolutely refusing to do all that they could to make sure that front-line workers who were daily coming face to face with the COVID-19 disease were protected.

Consequently, hundreds of front line health care workers have contracted the novel coronavirus and dozens have died. Imagine that, dying in a situation that was totally preventable. But greed and just plain old indifference has cost the lives of valuable health care personnel.

Who really believes the US government could not have used its industrial might and capability to manufacture, ventilators, swabs, face shields, N95 masks, gloves, body covering and other tools and equipment, needed to protect these workers,  and keep those suffering alive. We are talking about human beings?

Failing serious advocacy on their behalf, these scandalous folks may just allow the prison population to be wiped out by the novel coronavirus. Ironically, many locales have refused early release for eligible prisoners for fear they would commit crimes.

And African Americans as usual have been disproportionately victimized by this evil. The large numbers of Blacks with pre-existing health issues make them particularly vulnerable to the ravages of COVID-19..

If we survive this plague, Black people should be at the front of the line along with the rest of the US working class to bring its case before The Hague, the World Court charging the US, Wall Street, the corporate cartel and its thought leaders with crimes against humanity!

.Pullquote  At least the slave owners had to keep the slaves alive!

Mel Reeves is community editor of the MSR he can be reached at fightthepowerjournal.com