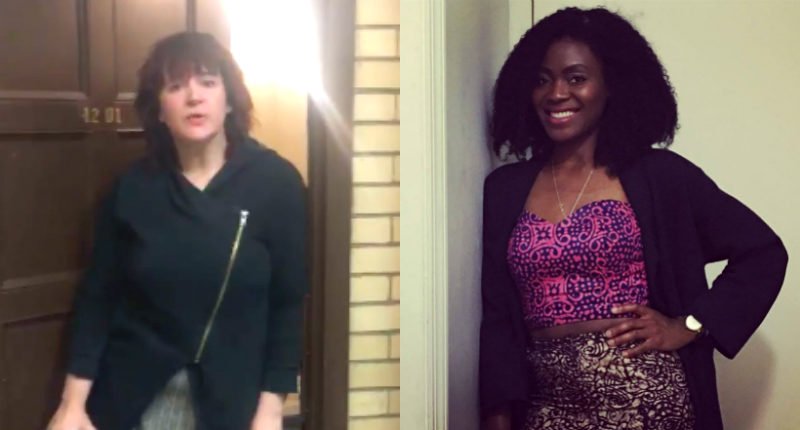 For about the umpteenth time in the last few months a white person has called the ‘authorities” on someone who is Black. In some of the cases, when the police were called because the person either serving them or observing them called the police clearly because they either were consciously racist or subconsciously acting racist out of some kind of learned fear or stereotype.

You name the retailer and there has been an incident. Waffle House, Nordstrom Rack, Starbucks, Airbnb, and lately Yale University the so-called academic light on the hill. (Please watch the second video in the Raw Story article below the 17 minutes are instructional)

The Yale situation took the cake, so to speak. The Yale cops proved beyond a shadow of a doubt that cops are there to enforce the prejudices of White Supremacy and capital, which is the law for all practical purposes. The police don’t “serve and protect” but rather serve and protect the interests of the rich, primarily rich whites

The cop who initially confronts the Black graduate student,  Lolade Siyonbola  tries to pretend he is neutral, saying he knows little about the white female grad student who reported her to the cops. But he is lying, he is not neutral, in fact far from it. By showing up and questioning the Black student he has indeed taken the white female’s word that Siyonbola is an intruder, rather than a student, which it appears the white student knows.

Lolade after being approached by the police, assures them she is a student and seeks to prove it by showing that she has an apartment on campus and uses her key and opens the door as the video shows. But that is not enough. The cop asks for ID.  Even after checking it (her picture is on the ID), incredibly he calls his dispatcher to run her ID to see if she is really a Yale student. Because, after all, it could be a fake, Black people are well known for faking ID’s to get on Ivy League campuses.

Ironically because of White Supremacy at one time it was damned near what a Black person had to do to get on the campus.

After the dispatcher confirms that it is likely the same person, but one letter is off in the spelling of Lolade’s name, he again, makes her repeat her date of birth.

This Sister understands that she is being “put upon” and harassed, but she amazingly keeps her cool. And more importantly, she doesn’t act like a cowardly lackey and pretend that she and the cop have something in common, or that he is her friend. She chooses not to engage him in friendly banter, because he is not there to be friendly. The cop is trying to engage her, so he can feel better about what he is doing to her.

Now this is real Field Negro behavior, real Black girl magic, she is dignified enough to stand her ground and she never, ever lets them  convince her that they are doing anything other than serving the interests of White Supremacy and the State.

Unlike the white officer Uncle Tom decides he is not going to try to be smooth, but he is going to try to force her to accept his version of what’s going on. Maybe he thought his skin color would create enough of a bond that he could  get her to accept “his reality,” which in this case was that she was not being harassed.

But the sister stands her ground and does not retreat, insisting this is indeed harassment, which it is without question.

The House Negro insists that she is not being harassed. Every time she says she is being harassed, he says “no you are not being harassed” and they go back and forth with her refusing to give in. Of course what he is saying, is that he is the physical enforcer and  also thought police”he is going to tell her what opinion she should have, about what is being done to her. No doubt the cop cannot admit she is being harassed because that would make him the harasser, of which he cannot accept because after all he is just following protocol.

But Lolade is right, they may have the power to harass her, but they cannot take away her ability to say  she was indeed being mistreated.

When the Sister protests that, she has the right to be there and her ancestors helped build the joint.The Uncle Tom responds predictably that he doesn’t know about all of that. But then he lands the “coup de grace,” This is private property WE (the cops)  determine who is allowed to be here and who is not,” he said.

In this case the Colored guy (meaning Black for the language police who won’t get the nuance) is her color, but not her kind.

“You have a good night,” the enforcers say, but the grad student stays at her post never letting him lay claim to being human after harassing her, by telling him quite correctly, “ I am not going to have a good night”

Interestingly, Black people are almost always put in the position where they have to prove they belong, which begs the question, what would have happened if Lolade’s “papers”  not been in order, or “gasp”  had she not had them at all. The cops and their defenders response is usually that they were following protocol. Indeed!

If POC in general and Black people specifically, have to prove that they have the right to just “be” (wherever they are) then the inference is clear, YOU DON’T BELONG HERE AND WE KNOW IT. Lots of Whites understand that this is indeed their country. It is why Trump’s calling card was “Make America Great Again” because the not so subtle inference is that things were really good when Black folks and others were second class citizens or slaves.

Yale should give Cosby back his award, which they rescinded because of Cosby’s bad behavior, but in doing so they were being sanctimonious and hypocritical considering how they allowed this  Black student to be interrogated and treated like some kind of stray dog. Clearly they are no better than him.