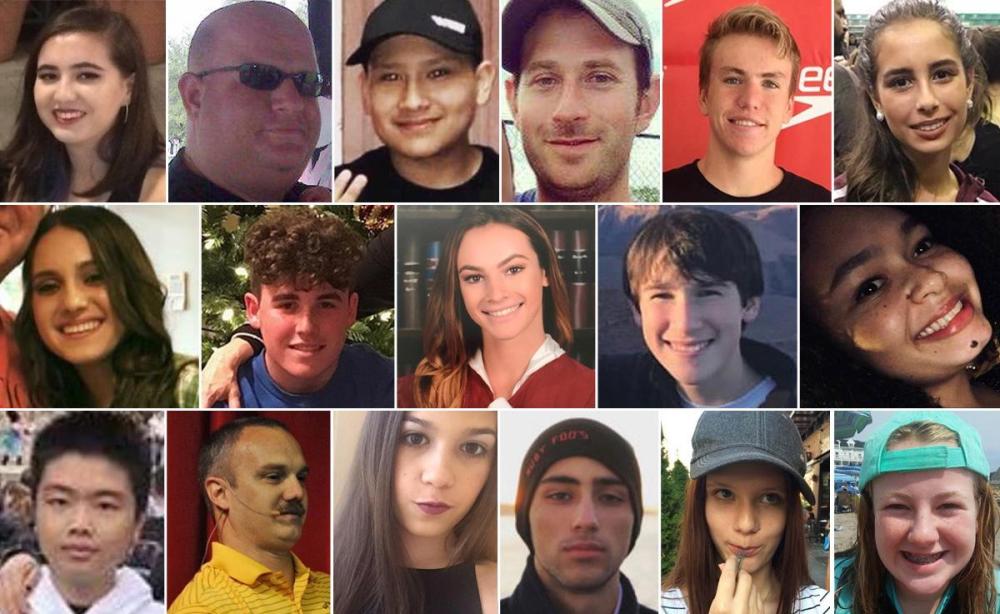 Mass shootings in the US are the price paid for racist scare-mongering and by extension, it is the price paid to allow gun manufacturers and distributors to make ungodly profit.

The Marjory Stoneman Douglas High students and their allies are facing stiff opposition in their struggle for gun control, because they are up against two fundamental features of US society; the right (necessity) to keep Black folks in their place (the Second Amendment’s call for a “well- regulated militia” intended to keep slaves in their place, has since been adjusted for neo-slavery) and the right to exploit human beings for profit. (free enterprise)

Undoubtedly, there are right- leaning folks who have an honest fear of the government and have convinced themselves that gun ownership will prevent the greatest military power on earth, from subduing them, if indeed it comes to that. But most of the passion generated around gun rights is based on fear of the so-called Black criminal. Practically every version of the written and electronic MSM has historically played a role in keeping this fear alive.

Guns are sacred a part of US settler culture, it is sacred symbol of its civil religion, while avowed dislike for Black folks and the “other” is a part of the canon as well.

The young people don’t know any better, they don’t know that their classmates have been sacrificed on that altar, that they and all the other victims of mass shootings in the US are “collateral damage” that the “powers that be” can live with quite comfortably.

NRA spokeswoman Dana Loesch couldn’t admit this truth at the CNN Town Hall in Parkland, so she sought to distract, by saying that the National Instant Criminal Background Check System (NICS) had not done a good job keeping what she called “prohibitive possessors” from acquiring firearms. But the head firearm peddler lied right to the faces of the students and the families of the victims of the Parkland massacre. The NRA has historically been steadfastly opposed to any kind of background check, even policies that she pretended to support, that would make it harder for deranged people to access guns.

In other words, the NRA has been consistently opposed to any legislation that limits the pool of potential gun buyers.

Loesch as representative of the gun lobby, masked as the NRA, in a speech at a CPAC gathering after her appearance at the CNN’s town hall, denounced the news media’s covering of the shootings in Parkland, Florida. “Crying White mothers are ratings gold,” she raged, as if to imply that the media  staged the tragedy.

In reality it is the gun industry that benefits most from mass shootings, as evidenced by the disturbing call for arming teachers. Simple talk about limiting access to assault rifles causes the  American public to rush to buy more guns.  It’s not just fear of the Black invader that motivates this but, likely some of our better off citizens are haunted by the fear that the working class, just might rise up and take back some of the resources stolen from it through wage theft, unfair fines, and unscrupulous, unjust and exploitative business practices.

Incredibly, in the same speech, the same woman that heads the same organization that has attempted to scandalize all Black protest against police violence, pretended to care about Black mothers whose children fell victim to gun violence. “There are thousands of grieving black mothers in Chicago every weekend …” she said, while overstating the case.

Loesche and her industry’s hypocrisy, is galling. While Chicago has some of the most stringent gun laws, (which the NRA is philosophically opposed to),  the NRA is also opposed to measures to make it more difficult for interstate gun runners to put guns in the hands of gangs, which would lower the casualty rate from gun violence.

Despite pleas to the contrary, the NRA’s failure to defend Philando Castile’s right to legally possess a gun and condemn his killer, St.Anthony cop Geronimo Yanez, made it obvious what they thought of Black people’s right to defend themselves.

Ironically, while duty bound to push guns and gun sales ad nauseum, the NRA is conflicted about Black gun ownership.

Like the majority of White people (and folks who think they are White), they instinctively understand that Black folks are not supposed to possess guns, legally or otherwise, real or fake. It explains the majority’s silence and attempts to justify the murders of Philando Castile, Alton Sterling, John Crawford III, and Tamir Rice.

It explains why a Black man legally carrying a concealed gun, was tackled in a Florida Wal-Mart recently, because a White guy saw him with a gun and others without knowing the circumstances joined in to help the White guy.

Lying and deception are clearly the NRA’s favorite tools to hide their truly cynical reason for being. It calls itself, “the nation’s oldest Civil Rights organization” an obvious distortion of its history and the meaning of civil rights. In function, it is an “anti- civil rights” organization. which seeks to equate the most basic and precious civil right and by extension human right, the “right to life,” with the right to own a gun.

The young people struggling for gun control have a serious fight on their hands, one that may only be won by a serious restructuring of an edifice that believes that racism and a little spilling of innocent blood is good for business.