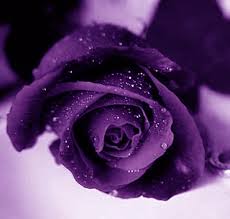 Mother’s Day is an odd holiday considering the fact that in our patriarchal and capitalist North America women aren’t quite fully accepted as equals fully part of Americana it seems patronizing. The cynical among us might suggest that the holiday was invented to boost business sales particularly the greeting card industry, the cut flower industry and to fill restaurants.

And Mother’s Day must be a painful day especially for the Mothers whose children are no longer around to wish them a Happy Mother’s Day especially those who have lost sons through senseless violence. Whether its violence launched on behalf of the US billionaire class, (the idea of soldiers defending the constitution or the country hasn’t been true in a long time) or police violence, gang violence, or violence in the streets, it is all without a doubt senseless.

The Mothers of Mike Brown, Tamir Rice, Eric Garner, Philando Castille, Rekia Boyd, Jamar Clarke, Alton Sterling,…. and the list goes on, are missing their children in the US because of State violence, which is the result of a need to maintain a system of power and control  and which exists to reinforce racism, sexism, homophobia, xenophobia and classism. Their children are dead for that reason and that reason alone.

The justifications after the fact are only accepted by those who are fully duped and propagandized, empathy deprived and or blinded by class and racial prejudice.

Mothers are missing their children in oppressed communities because  when a society places certain groups  outside of the mainstream and makes it difficult to join the mainstream, while crowding them into ghettos and targeting them for special treatment; that attitude, that societal hatred, will be internalized.  If I don’t value my own life, I am not likely to value anyone else’s and as a result the cycle of violence continues.

Others are missing their children because of other kinds of violence; perpetrated by the State’s looking away, allowing the George Zimmerman’s to get away with murder.

Mothers are missing their children because of the incarceral State,the US has become one great big gulag.

Furthermore children are missing their mothers because of the incarceral State, the tough on crime proclivity of  US jurisprudence. But crime has declined while the number of children made motherless by this system’s desire to exact revenge and enforce a draconian and Dark Ages kind of justice, has increased.

Motherhood is not necessarily valued in this country which is exposed by the fact that the US leads the world in deaths of mothers during childbirth.

“The ability to protect the health of mothers and babies in childbirth is a basic measure of a society’s development. Yet every year in the U.S., 700 to 900 women die from pregnancy or childbirth-related causes, and some 65,000 nearly die — by many measures, the worst record in the developed world.”  That quote was taken from an article by NPR about the problem of women dying in childbirth, which focused on the fact that the US trails all of the developed world in its efforts to prevent it.

It’s a particularly hypocritical celebration in light of the fact that there is a large group of US citizens who are lobbying to get rid of (or at least have the government defund Planned Parenthood), which incidentally helps would be mothers get badly needed pre-natal care. Oddly many of these people claim to be Christians. They walk a really bizarre tight rope of wanting women to carry their babies to term while making it difficult for them to get all the care they need to do so.

And then there is a recent story that does separate the Mothers from the rest of us. Stacey Greenwood’s husband was killed by Kenneth Williams, while trying to elude police after escaping from prison in Arkansas and wound up on death row for the killing of another man during that escape. Williams was recently one of several men put to death by that state.

Ms. Greenwood repaid Williams with kindness and forgiveness. Ms. Greenwood and her daughter Kyla made national news after announcing that they had forgiven Williams and written letters to the Arkansas parole board seeking clemency on his behalf. They further made headlines when they paid for airline tickets for Williams’s daughter, whom he hadn’t seen since she was three and granddaughter to visit him before he was put to death.

What’s striking about the mothers who have loss so much is their amazing lack of hatred and bitterness.If anybody can demonstrate real love and set this society on a civilized course it would be mothers; mothers like Stacey Greenwood and so many countless others.