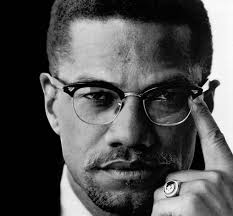 Now that we are celebrating over 50 years since Malcolm X’s murder, it is important that we not just remember the man and toss around his quotes, but that we seek to emulate him.

Malcolm X never hesitated to defend those who were oppressed and he wouldn’t just look on quietly, while those who practice Islam domestically and abroad are being victimized. And he would surely would not have predicted that generations coming after him 50 years later (who profess their love for him) would ignore State sponsored harassment and discrimination against those who practice his beloved religion.

El Hajj Malik El Shabazz (Malcolm X) was a practitioner of Islam he was a Sunni Muslim.

But this foremost of revolutionaries, was not killed at the behest of this government because he was Muslim, he was killed because he was uncompromising in his condemnation of this social/ political/ economic system. If ever there was an enemy of this State, it was Malcolm X.

Malcolm didn’t blink when he called out this government for its hypocrisy, in violently invading Vietnam and practicing violence the world over, while condemning Black people who began to take to the streets to demand an end to their second class status. He died because he unhesitatingly called “a spade a spade.”

He called out racism and rampant materialism and the corrupting influence of what he called “dollarism.” He likened US foreign policy to that of a vulture. He reminded us that, “we didn’t land on Plymouth Rock but Plymouth Rock landed on us.” He chided and teased us for thinking we are fully certified citizens by reminding us that,” just being at the table doesn’t make you a diner,” but eating along with everyone else makes it so.

Malcolm X reminded us that he didn’t see an American dream but “an American nightmare.”

“I am not an American,” he said “and got sense enough to know it.” He condemned this system while preaching brotherhood and sisterhood first among Black and African peoples and later advocated international and universal brother and sisterhood.

It’s not difficult to imagine that the prophet rolls in his grave, every time a Negro jealously complains about people standing up for and with their Muslim brothers and sisters. He probably rolled over every time we decided that, rather than stand for the rights of our Islamic brothers we chose to sit it out because, ‘it’s not my fight.’

According to the prophets’ calculations, they would be wrong. And besides, many Africans and African Americans are in fact; Muslim. This racial bond would make them brothers and sisters.

.Malcolm X was a Muslim.

Yet Malcolm would have challenged todays adherents of religion, many of whom bury their heads in the sand, or say simply say, “I will pray for you,” “or its in God’s hands” while their brothers and sisters are suffering. He despised quiescent and passive religious folks who pretend that “God’s got it” absolving them from responsibility for their neighbors. He frowned upon “religiously pious” who make a mockery of the precepts of love and ignore the command “ to do justice,” found in practically all faiths.

When you are considering whether you should stand with your Islamic brothers and sisters remember Malcolm X was a Muslim. Standing with them is akin to standing with the prophet.

Now would be a good time to remind ourselves that Malcolm was the ultimate Pan Africanist and internationalist. He loved humanity and he really loved Black people and he loved his religion Islam and its practitioners as well.