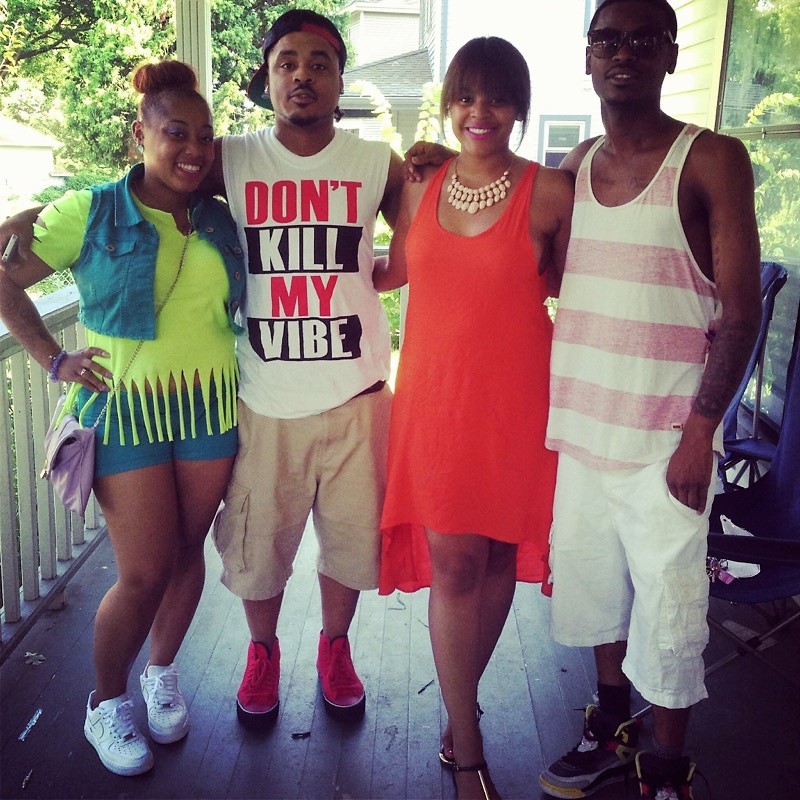 When I got the phone call that Brother Chad Robertson died from his wounds after being shot by Amtrak police, I tried not to but the tears just started coming. I didn’t know him personally and can’t recall if we had ever met but it hit me hard cause I was thinking ‘at least he will survive, he might just be okay.’

Even his friends that have contacted me or responded to my earlier commentary were warm. That says something. I feel bad that they will experience this kind of loss. I can’t begin to understand the hurt and pain they must be feeling now.

I call Chad brother because as anyone who knows me will tell you, I call everyone brother of sister except for the the point one percent the bosses who are nothing but criminals, who run this evil system and maintain their power by any means necessary and it deem it necessary that we die either at their hands or one another’s. They are not my brothers and sisters.

And just as importantly he was my brother because he too was a child of God!

Why his murderer chose to accept a litany of code words and stereotypes and lies as the person in front of him that night, rather than seeing him as a brother, a child of God and a fellow human being,is the work left for us to correct.

His murderer didn’t kill an image,an apparition, a thing. He didn’t kill a ni–er he killed our brother a human being.

They say he ran and we say,’ so what does that have to do anything.’ They tried to say he had some weed on him and we say ‘if you tell us this to justify his murder, then you are a low down dirty pig, dirt on the bottom of our shoes and we hold you too partly responsible.’

They will say he must have been doing something he shouldn’t have and we will say ‘go to hell!’ They (the media collaborators) ran a mug shot as a way of saying that he was a criminal, we say,’he was a better person than you because he wouldn’t do no foul ish like that.’ And for good measure we say ‘kiss our collective behinds!’

But we do have two legs, two feet, two arms and two hands, a mind and a mouth and we can use those to raise hell in this heavenly cause..

And we have a mind and we can make up our minds and decide that we are going to do everything possible to get justice for this brother.

So let us honor Chad by fighting back in Chicago and in Minneapolis. We will honor him by not letting another brother or sister walk by us without saying hello, remember it could be their last time.

Let us honor him by telling one another the truth about this system and its aims.

Let us honor him by not letting THEM smear his reputation.

Let us honor him by saying his name. Say his name, dammit say his name!