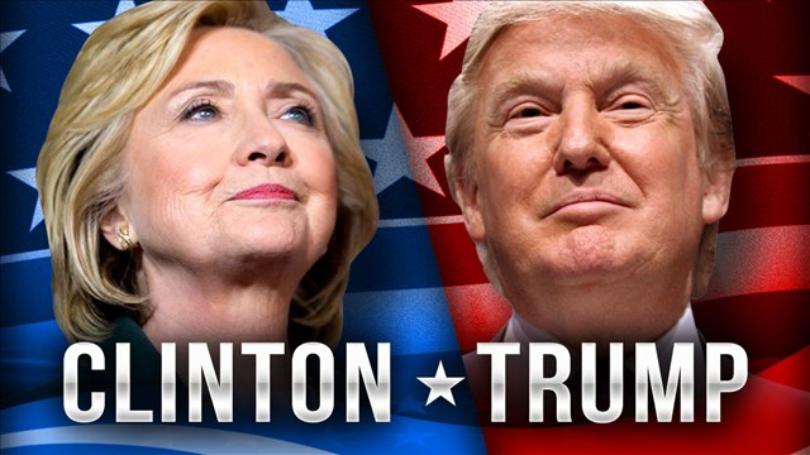 All the hand-wringing and conversation around this election plays into the hands of the power structure. Change, real change for the better in the US has never come through the ballot box. Real change comes from the streets not the presidential suites.

As someone once said, “if voting changed anything they would make it illegal.” The truth is on November 9 despite all the fear-mongering by the Democrats and the Republicans most of us working class folks will still be looking for real change.

Of course the fix is in!

The next president will not be your neighbor Sister Sara who makes sure that nobody in the neighborhood goes hungry or Brother Hassan who visits everybody that he knows is sick, or Sister Debra who volunteers at the school tutoring kids who are struggling in Math. It won’t be Sister Darlene who cries at the site of a neighbor strung out on drugs. It won’t be the strike captain that makes sure everyone is taken care of while they are fighting to get their fair share from the greedy bosses. It won’t be a sisters or brothers (note Sister and Brother is a designation for any human being who acts like one) who have committed their lives to fighting injustice. It won’t be Coach Wilson who spends his own money making sure the kids in his youth football program get a meal after practice.

So should folks refrain from voting? Not necessarily, but if you are going to vote for what you want!

If your kid needs milk you don’t come home with vinegar because “those were the only choices” on the shelf you keep shopping until you find milk. In that vein maybe if folks voted for what they REALLY wanted they might get it; maybe not now, but eventually.

Consequently the leftists, the Socialists, the revolutionaries the real progressives of generations ago and currently are were right to use elections to push their programs of equality and egalitarianism. They used to be called symbolic campaigns, supported supposedly by protest voters.

However, there is no such thing as a protest vote, the very idea is oxymoronic. Either you have the right to vote, or you don’t.

Supposedly the idea of voting is to choose what you want to see in your locale your State and the federal government. Ideally that means choosing a platform a list of things that one wants to see implemented and chose those people who are going to work to see they are implemented.

This runs counter to those who say vote just because. We ought to not be so critical of those who sit out the vote they because they are being honest and they have sense enough to know that the game is rigged and that rich folks who call themselves Democrats or Republicans aren’t really going to represent us regular folks.

Many of us vote so we can appear to be important, to be part of the game, one of the big people. So we go along with their charade, their game, their hustle, because it makes us feel like we are a part of something, we had a hand in our democracy Bigger lies have seldom been told.

A young lady working an early voting booth asked people if they had come to vote so enthusiastically that she almost convinced me that all my worries about the ruling class privatizing Social Security or continuing their fake War on Terror or the high unemployment rate in my Black neighborhood would be alleviated.

What this concentrated six months of bourgeoisie noise accomplished was keeping us distracted from what we can do and what we can affect and that is the ability to organize. November 9 will come as a relief because we and Black people especially can go back to organizing and doing for self and we can once and for all give up the illusion that because someone looks like them they are going to go to bat for them.

Today is looked on by some ominously as if they/we are on the eve of destruction.

But many of us are already all but on the edge of destruction. No matter which way the vote swings little poor children will not be receiving a quality public education, some young Black men will seek to kill one another because of the color of their clothes, West Chicago, South Baltimore, Camden, East St Louis and tons of other ghetto’s will still be in existence.

Blood will be spilled for oil and we will be told it’s a war against terror by the STATE terrorists themselves. Someone’s children will go to school from a homeless shelter or the streets, someone’s child will be found with a needle in their arm, another’s daughter will be laughed at by rape culture, the iron bars will close behind somebody’s child who was smoking a joint to get some relief from this so-called shangri-La, somebody’s Momma will be shoveling dirt on their child’s grave who was victimized by the armed bodies of men licensed to kill. The pipelines will be built, forests will be cut down, minerals will be unearthed no matter the cost and the polar ice caps will continue to melt…..

“Though I walk through the Valley of the shadow of death I will fear no evil…” because when all the bourgeois noise and distractions are over which is what that this election really is, we are left with our mouths, our brains, our hands, our pens, and our feet and the knowledge that we can organize!